I wasn’t really looking forward to Cold Pursuit at first, with the more than expected extreme winter weather conditions as of late. After recent developments in a specific interview with Liam Neeson, my anticipation for the film slowly amounted to a shrug, nothing to spectacular to look forward too, but nothing completely deplorable, or for that matter, a waste of time. I asked my self at first, if it was worth going to the theater in freezing Rain conditions. Little did I know, that after making a final executive decision, I found out for myself that Cold Pursuit was a delight, a rare feat in the normalized Hollywoodized action flick that used more touchy elements to exploit and prevail. 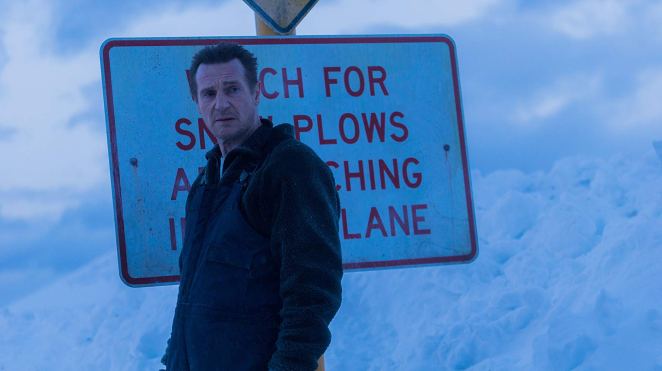 Based on the Swedish film In Order of Disappearance, where director Hans Petter Moland pulls of a Haneke, with him directing both the original and Cold Pursuit, both films range differently in presentation. In Order of Disappearance is more of a subtle black comedy art house flick, while Cold Pursuit deals with more action, brutal violence, and tonal inconsistencies in order to pander to the masses. It’s safe to say,  on a technical level, In Order of Disappearance is the superior film. As much as I enjoyed myself watching Cold Pursuit, the film most definitely has it flaws, more specifically with the opening first act, which felt excruciatingly artificial and contrived. Liam Neeson especially, who gave the front-runner role, gave a stale, outdated, and rushed performance in the opening 30 minutes, before his comedic acting chops came into play. The first act of the film feels like a lifetime movie, filled with bland cinematography and mind-numbing dialogue, which made me want to shrivel up into a little ball, while cringing and whimpering mercilessly. 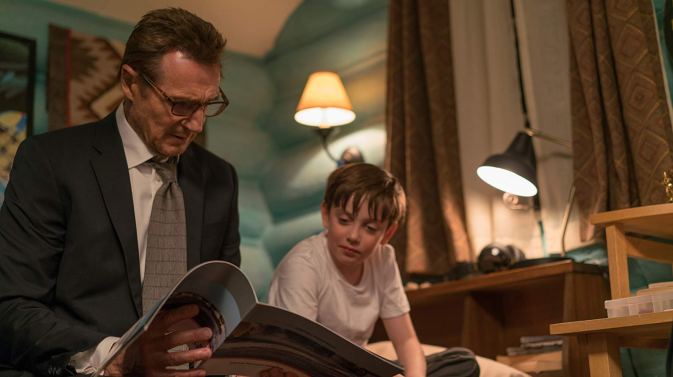 However, when Hans Petter Moland’s sadonic sense of humor came into play, around the 40 minute mark, that’s when the film really got the ball rolling. Using hilarious dark comedy and brutal violence, Cold Pursuit is an icy blast of explosive proportions. Is the plot-line contrived and meandering to say the least? Very. However, it’s still a significant improvement from the original first act, with a second and third act that promises what we wanted and more. With title cards indicating each characters death in the film, the sardonic use of black comedy to indicate casualties is mortifying hilarious, with other belly laugh gags sprinkled throughout this bloody good time of a film.

When it comes down to it, I can see why Hans wanted to remake his film. Cold Pursuit is a film that is clearly associated with many American values, and the exploitation of said values that make them seem outdated and unnecessary in our modern society. Like Haneke, Hans Petter Moland remade this film to pander to the American demographic in the best way possible, through art. Cold Pursuit, while flawed, is worth your time, regardless of what you think of Neeson’s previously acquitted comments on revenge. Just don’t go murdering people after you see this film, OK? Especially if it’s race related.