Did anyone expect that Escape Room (2019) would be any good? If it wasn’t already a prime indicator to start with, Sony’s newest franchise starter is a dreary, constipated cluster of creative ideas which fail to resonate. In other terms, it’s a January release at it’s finest. Although Escape Room is a poorly directed, stiltedly acted mess, it somehow didn’t end up to be a complete waste of time. Separating all of it’s awful major flaws, Escape Room had potential. Quite a lot of it if I’m being transparent and honest. From the over the top room scenarios, to the detailed production design, it’s clear that a lot of time and care went into developing the puzzles themselves. Escape Room surprisingly doesn’t fall under the lazily constructed trap which most January releases tend do. However, although the film’s traps and scenarios are enthralling, Escape Room simply isn’t a game worth playing. 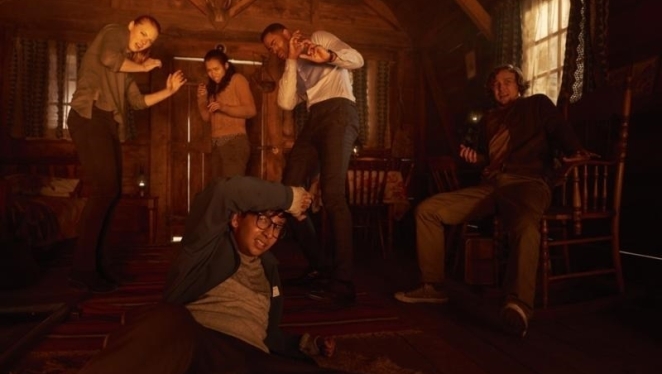 For a film with an 100 minute run time, Escape Room is packed with unnecessary flashbacks and convoluted set pieces that will make your eyes roll. With what is the best character of the film dying less than a quarter in, it’s safe to concur that Escape Room is quite the strenuous experience. One scene in particular is so atrocious, so mindbogglingly stupid, that it will make you reconsider what Sony’s executives were thinking when funding this film. Was adding an obnoxious and painfully cringy Snapchat filter-esque plot device supposed to be terrifying? Has Dubstep music ever been good on film? Did they ask Neveldine & Taylor to direct this scene in particular? 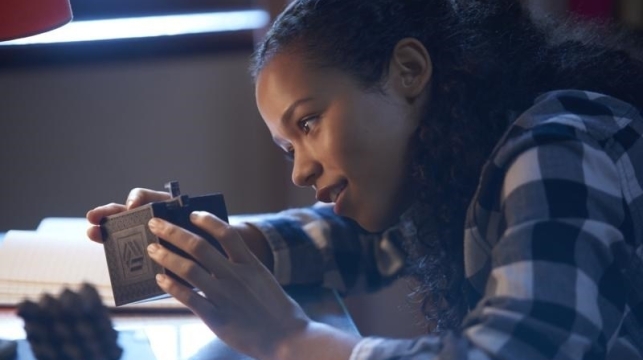 There’s layers upon layers to dig into what Escape Room has created. From its inception, it was doomed to fail, due to its lackluster creative backers, which tentatively fail to bring anything new to the table (with an exception of it’s at-times creative set-design). Sony’s latest blockbuster is a ridiculous, franchise-starting, mess, in which it’s only plus is some of it’s secondary talent. Hey, at least this wasn’t another jump-scare/gore fest abomination. I’m honestly not even all that mad at Escape Room for at least TRYING to create something outside of the pre-established horror tropes.

At the end of the day, my biggest recommendation is not to watch this film, and to instead watch Takashi Miike As The Gods Will. Similar to Escape Room in conception, As The Gods Will is a blast. With it’s self aware, over the top, ideas and direction, As The Gods Will has it ALL. With Giant Killer Cats, Singing Daruma Dolls, and Anthropomorphic Murderous Polar Bears, it’s a film that knows what it’s doing and takes advantage of its absurdity. It doesn’t play things safe, and succeeds what it sets out to do. To make the viewer have one hell of a time.