As I was watching DC’s latest CGI manifest, with a pair of RealD3D glasses narrowly slanted on my nose, I looked beside me and saw a guy, taking detailed notes regarding the film. Sorry to break it to you pal, but this ain’t that kind of movie. Ah yes, the DCEU, the gritty dark franchise that turned into a Whedon inspired trash fire within the time span of two movies. Well, to be fair, none of their films were all that good to begin with (that includes you Wonder Woman.) I think it’s fair, at this point, to call the DCEU the king of consistency, with their latest bloated origin story Aquaman, a superhero with a premise so silly, that it’s just as ridiculous as mixing Mr. Worldwide with Africa by Toto. 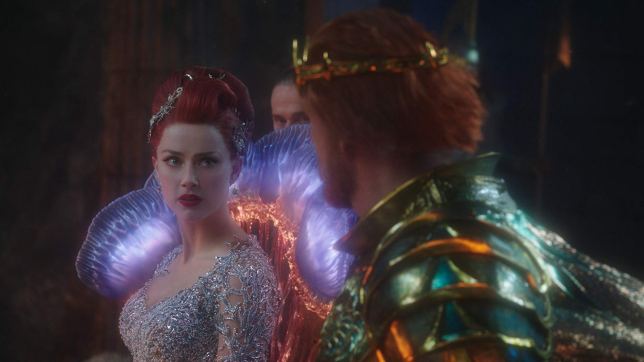 There’s one thing I have to confess however, it’s sinful one at that. I had a fun time with Aquaman. I know that many of us, including I, have several complaints about the recent joy rides which Warner Brothers and Zach Snyder have been conceiving as of late. Overlong, mass-budgeted flops that hardly resonate isn’t a very safe business module if you ask me. With Aquaman on the other hand, although it feels like a candid cash grab with no other discernible purpose, I feel a certain Je Ne Sais Quoi, in terms of the film’s general entertainment value. This all comes down to the cast and crew behind the project.

For James Wan, this film was clearly a passion project from day one. You can tell that his inner child went rampant, with over the top stylized action, colorful set pieces, and eye numbing CGI that would make any 10 year old boy giddy with excitement and new found curiosity. Wan understands his demographic, and goes all out, even with it’s barely developed screenplay. Alongside Wan’s enthusiasm, there’s Jason Momoa, an actor who I wasn’t really ever on board with from day one, who gave it his all to produce an incredibly likable performance. Shame that the cringe worthy dialogue and the snooze worthy plot muddled up these two essential elements. 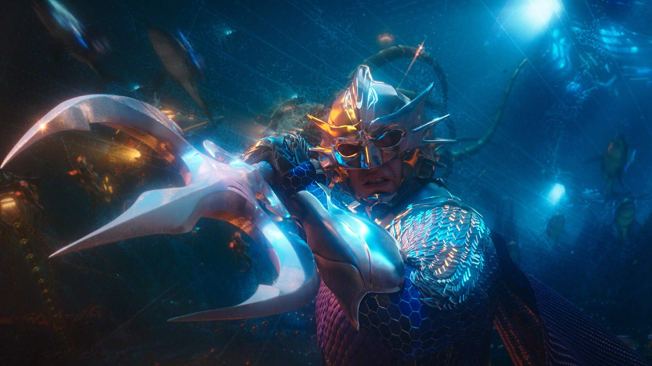 When it comes down too it all, Aquaman can be best described as cheap-skate hyper-fantasized poorly-written superhero version of the film Ponyo. It may play itself safe, but if you want a migraine inducing water-filled concoction this holiday season, there’s always this film to go too. It’s a silly, vapid flick that is sure to entertain many, especially those who go in with a few too many drinks.