Welcome to Double Take, a brand new collaborative writing series from the On The Clock team, in which two or more members of our writing committee review the same film, either with a similar or different opinion, to give the reader multiple stances on the subject being covered. Today’s article is on Long Day’s Journey Into Night, which is currently in it’s festival run, and will eventually hit select theaters in 2019!

Long Day’s Journey Into Night has Bi Gan doubling down on what made his stunning debut Kaili Blues so audacious, and by smoothing out the edges, he crafts one of the most beautiful films of the year. The film ends with an hour-long unbroken shot presented in 3D, but the filmmaking is incredible well before this jaw-dropper of a second half. Dreamlike and cryptic, the story follows (a barely applicable word) a man searching for a woman he loved.

The narrative is fluid, entangling and meandering through our protagonist’s past, present, future, dreams, reality, and memories, all with seemingly no distinction. Like in a dream, items, people, and ideas enter, exit, and reoccur at seemingly random points. Though this might sound frustrating, it works as visual poetry. Instead of following his search for the woman he loves through coherent plot points, we’re along for his journey emotionally. 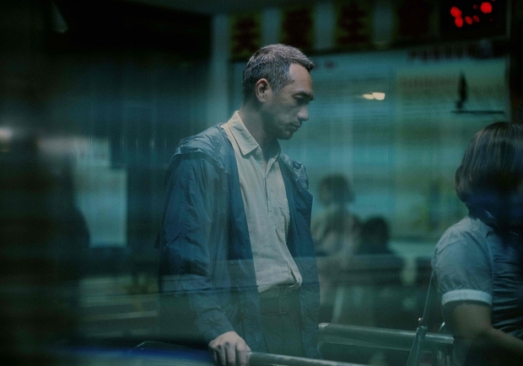 What makes Long Day’s Journey Into Night so successful, though, is the almost magical cinematography. Even before the second half, the camerawork is simply astonishing. By having the camera wander and dwell, the film puts us in our protagonist’s subconsciousness. At the halfway point, when the film shifts into the 3D one take, Bi uses depth and light to his advantage. By avoiding the urge to make this a flashy gimmick, this marvelous sequence fits the context of the rest of the film and only strengthens the film’s elegance. Whereas Kaili Blues’ 45-minute one take felt amateurish and forced, though still impressive, Long Day’s second half is fitting, brilliant, and truly stunning with or without the 3D.

Bi Gan has once again crafted an ethereal, beautiful film that plays more like a drug-induced trip down memory lane than a traditional narrative. The film is beyond impressive for being only his second feature and he’s without a doubt one of the most impressive modern filmmakers, and he’s only 29. How on Earth could he top what he’s done here? No clue, but I’ll be eagerly awaiting his next one.

I’m a sucker for films with an underlying magical realism sense to them, so when I heard about the overwhelming positive reception from Bi Gan’s second feature film Long Day’s Journey Into Night from Cannes, my expectations and hype were through the roof. A couple months later, I was at TIFF, eagerly anticipating the Wavelength screening, to see this magical feature. Disappointingly, at the end of the day, Long Day’s Journey Into Night was a meandering yet solemn experience unlike any other, that’s serviceable at worst, and moderately enchanting at best.

It’s without saying that the film itself on a technical level, is outstanding. The suave cinematography, the expansive musical score, and the occasionally poetical mysticism with color psychology, all form a beautiful haunting visual piece of non-linear art. However, the main backfire of Long Day’s Journey Into Night, is the over reliability on characters rather than experimental visuals.

The most problematic element of Gan’s adequate film is the fact that the first 75 minute feels like meandering/annoying filler for it’s out of placed 55 minute 3D long take which follows. With most of the film relying on the mysterious unnamed mobster as it’s narrator, his character feels more like a bi-product of toxic masculinity mixed in with a noir-esque man-child rather than a person who we should care or feel empathy towards. The worst part? He never changes throughout the film. His actions don’t have weight in terms with the film’s subject matter. His role could have meant so much more, if only his character didn’t seem so shallow, vulgar, and un-interesting throughout the film’s run time. His character is what blocks the film. 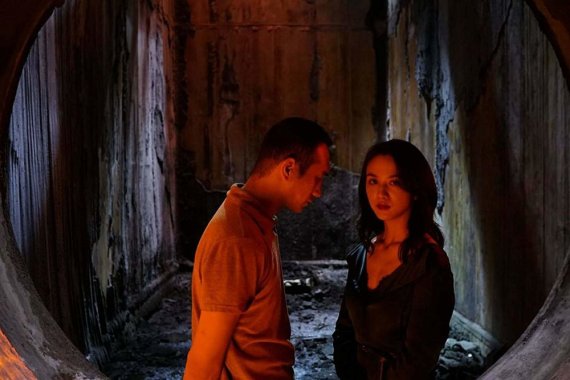 If Gan went with a more experimental approach to Long Day’s Journey Into Night, relying less on characters, and more on visuals (which contain scenic locations which tell the story through it’s intricate production design), I guarantee that the opening 75 minutes would not only be shortened, but enhanced with the latter 55 minute long take. Unfortunately, at this moment in time, most of the film feels inconsequential, rather than mystical and wonderful.

Long Day’s Journey Into Night is an decent experimental effort from one of China’s newest up and coming directors. While it may not have worked for me, it’s still worth giving a shot. There’s an audience out there for this film, and it’s worth the price of admissions to discuss the film’s subject matter. As for now, Long Day’s Journey Into Night is a lingering experimental feast with a sour after taste, that worked alright in the end.

View all posts by Kern Wheeling