You just know that you’re going to see a Hirokazu Kore-eda film, when you see a group of college students walking into a sold out show of his newest feature, with a large box of tissues in hand. In what should be considered as one of the most underrated directors working today, Kore-eda has perfected his charming human characters and narratives to amplify his simplistic tales of family and friendship. As much as I love Kore-eda’s older work, such as After Life and Nobody Knows, I feel like the most important section of his filmography is everything post-Still Walking (with an exception of 2009’s semi-erotic Air Doll and 2017’s The Third Murder). In what should be already known from fans of Hirokazu Kore-eda’s work, he’s essentially perfected his mumble-core esque narrative style, in where he adores to explore different themes and traits that resonate from the basic origin of family dysfunction. Let’s take a look at Kore-eda’s more recent filmography:

While one of Kore-eda’s weakest, I Wish is worthy and commendable effort in making a kid’s flick. While the first two thirds of the film felt poorly paced and executed, the ending felt like a visceral and powerful gut punch of emotions. A perfect finale for a decent story about divorce, eruptions, bullet trains, and a dead dog.

What could have easily been a soapy over-melodramatic cheese fest, Kore-eda manages to create one of the most poignant and essential films about parenthood made in the 21st century. Surrounding on all to familiar story about a birth mix-up, Like Father, Like Son will leave you emotionally invested and in shambles till the final credit. There isn’t anything like it. The perfect starting point for any person who is interested in Kore-eda’s work.

A little less of a tragic change of pace, Our Little Sister changes the all to common male-dominated pattern seen in most of Kore-eda’s films, with an majorly dominate female cast. The result? Just as good as one would hope. While Our Little Sister isn’t entirely void of flaws, it’s charming chemistry between the three sisters in the film makes up for some of the film’s misfortunate inconsistencies relating to pacing and plot development. It may be one of Kore-eda’s more forgettable films, but it certainly isn’t one of his worst. 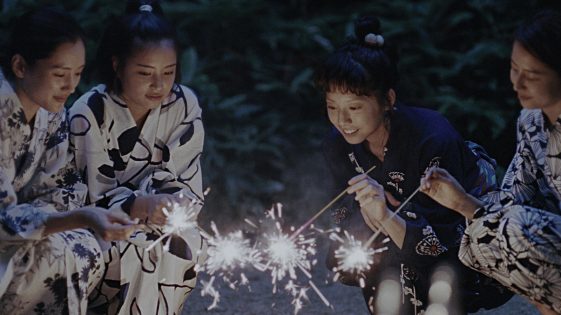 After The Storm was actually my first ever experience with Kore-eda, and seeing it on the big screen was easily one of the best theatrical experiences I’ve ever had. After the Storm is more of a minimalist and focused approach compared to Kore-eda’s previous films. Fortunately, the film brilliantly works due to the pure delight of the character’s and their relatable and at times heartfelt motivations and actions. Poetic in presentation, and suave in pace, After The Storm is the rare smaller scale follow up that works extraordinarily well, and may even be better than some of Kore-eda’s previous finest work.

Back into the Cannes Official Competition Race, Kore-eda brings what is his most critically acclaimed film since Still Walking. This film is of course the Palme D’Or winning Shoplifters, a poignant and heartbreaking look at what it means to be part of a family. Similar themes are retread here, like in other Kore-eda films, however nothing is overdone nor exploitative. It’s a film that ends in tragedy, with a finale that almost feels downright Shakespearean. Shoplifters is without a doubt Kore-eda’s most heartbreaking film. So bring your tissues, just like those college student which I mentioned at the start, when entering to see this film. Overly Emotional Viewers Should Maybe Wait For A Home Release For This One. Get ready to sob.

Hirokazu Kore-eda is a filmmaker like no other. His small scale approach to detailing the various struggles of Japanese family life will always be intriguing, no matter what the context of the narratives. He’s essentially the new Ozu, using pure personalities and characters to drive his stories. From I Wish to Our Little Sister, it’s a sure thing that Kore-eda is here to stay. When Shoplifters eventually hits theaters in late November, I honestly can’t wait for a new wave of future Kore-eda fans to come. He’s not only one of the best filmmaker’s of the 21st century, but he’s also one of the most accessible. As for now, I just can’t wait for his next film The Truth. Ethan Hawke and Juliette Binoche in the same film, directed by one of the world’s greatest cinematic contemporary’s? HELL YES! COUNT ME IN!