As a person who’s parents and heritage are from a Colombian route, I had a pretty large disinterest in Virus Tropical to begin with. For starters, it seemed like a product of post-Lady Bird syndrome, a film that relied more on quirks and hi-jinks rather than narrative based content. Based on the marketing campaign, Virus just stung out as.. Well.. an infection to the indie animation film circuit. So when the time eventually came to my local film fest, I was very skeptical and reluctant at first. I usually get sick of films that reuse the same formula over and over again. So going into Virus Tropical made me want to take a large dosage of Xanax before the film started. Thankfully, two great things happened. The first, is that I didn’t take any drugs before showtime because I was way too busy partying and carving pumpkins that morning. Second, is that Virus Tropical is actually a damn good film.

Although the film reaches it’s occasionally cliche’d territory, in which several story elements feel ripped off from pre-existing stories and films, there’s enough emotional weight here for it to be deemed good. What this film gets right is the representation of Colombian culture. The way language, customs, and family dynamics are used throughout the picture is incredibly detailed and has plenty of weight. In terms of narrative, the way the plot thickened felt natural and had a genuinely enthralling progression. Sure, it feels a bit too similar to other coming of age movies, but the way the film presents these singular experiences, feel’s almost like a self-autobiography, which is kind of what this film was to begin with.

Virus Tropical is actually based on the autobiographical graphic novel of the same name, written by Power Paola. I feel like this selling point, is what really drives the film. Rarely does the term “Based on a true story” aids the final product. But due to the miraculous circumstances in terms of narrative and plot detail, there’s so many incredible events which happened in real life that could only be best re-told in a visual medium. Paola’s tale is an enchanting yet solemn one.

In what particularly adds to this wonderful film is the vibrant animated styling’s. There’s so many different textures and contrasts used visually, that feels unique and most importantly, relevant to the source material. It’s been a while since I’ve seen a film that near perfectly adapts and represents the original product in such as a faithful way.

Virus Tropical maybe cliched, but it certainly isn’t a bad film. It’s a film that takes its sweet time in developing family tensions and dynamics, and works incredibly well, due to it’s deep understanding of culture and heritage. Maybe 2018 really is the year for the rebirth of Spanish cinema! From Roma to Virus Tropical, stories about under-seen Latino families are finally getting their voices heard. 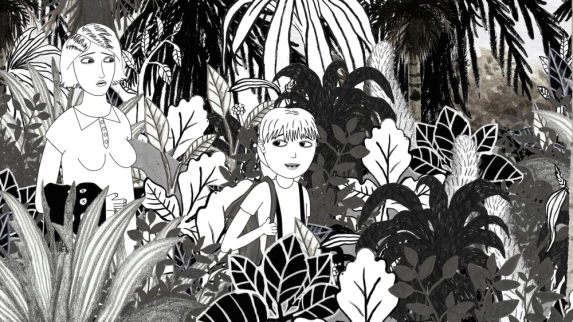